Check out the fruits of my hard work, the categories widget on the right hand side of the blog (scroll down til you see the word cloud). I went through all my old posts and added labels so you could click on those words and find exactly what you’re looking for.

Ok, onto photos from London. We went for a three day weekend to jolly London and walked, a lot. I came home with sore feet and a bag full of books (ah books). 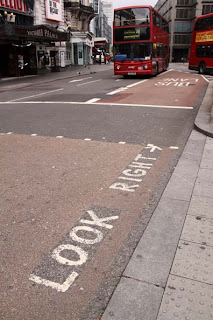 The tourists need help with which direction to look for oncoming traffic. It was helpful, as well as hilarious. 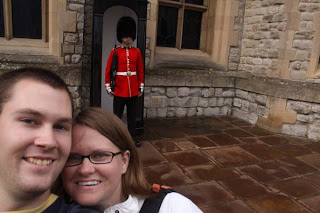 A fuzzy hat guarding the royal jewels. Which were absolutely stunning. 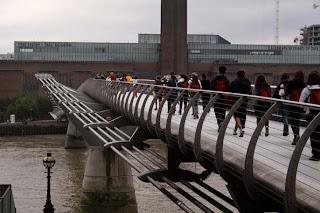 The Millennium Bridge, the one destroyed in the sixth Harry Potter movie. It’s right near the Shakespeare Globe Theater, pretty much the only thing I cared about seeing. 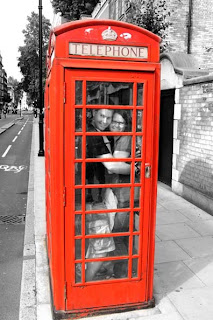 Classic telephone booth. I don’t know who uses payphones anymore, but London would probably have a riot on their hands if they took away the telephone booths. As Albert said, London has probably the most in-use icons of any city: telephone booths, Parliament, taxis, English Bulldogs, the Queen… 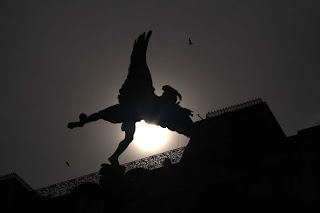 The fountain in Piccadilly Square. We also saw Covent Garden, Hyde Park, Notting Hill, and Buckingham Palace. The city was crawling with tourists, but it was bearable.