I like to learn. So I recently read a biography on Buddha by Karen Armstrong. It had snippets about actual Buddhism (which I’ve had on my list of things to learn) but was mostly about the last Buddha.

Let me make it clear that I am not Buddhist, but I have always believed in a happy medium. The way to get through life is to be a good person and to have balance. I don’t like to speak in absolutes.

I’ll give you a few quotes from Karen Armstrong’s book so you can read for yourself what I liked about the book. 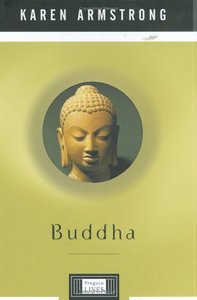 “Gotama was developing what he called a “Middle Way,” which shunned physical and emotional self-indulgence on the one hand, and extreme asceticism (which could be just as destructive) on the other.” Page 71

The Buddha went from one extreme to the other before he found his own version of how to live life.
“The Buddha always insisted that his disciples test everything he taught them against their own experience and take nothing on hearsay.” Page 101

Listening is different than following. You can listen to a person or idea, but flat out following without using your own brain to calculate whether the facts add up is harmful.

I marked many more passages, but I don’t want this to turn into a religious debate. I did not read the book for the religion, I read it for the knowledge. Now I understand something else about the world that I didn’t before.