I have a special surprise this Friday. An interview with the author of Come Autumn, Nanette Monson Kern. I was the editor for this book. You can purchase it at amazon.com, borders.com, or pdbookstore.com. Onto the interview… 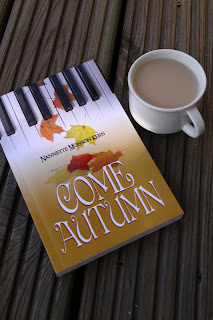 Tell us a little bit about yourself:

What was your inspiration for this book?

For years I riffled through the convolutions of my mind, searching for an idea that might awaken my literary muse. Nothing! Then, in the preface to a book that I just happened to pick up, the author stated that her ideas came from asking herself, “What if?”

I began thinking about a cousin of mine, who was an amazing musician, and who I thought was the smartest person in the world. I remembered, when I was very small, climbing up on the piano bench next to him and listening in awe as he improvised on the keyboard. So, I thought to myself, “‘What if’ this cousin and I had fallen in love? What might have happened?” Thus was born “Come Autumn,“ the saga of Margie and Richard, devoted cousins who couldn’t resist falling in love, but were destined for lives of heartache as their paths necessarily diverged.

Wow! That’s a tough one! I think, possibly, the night of the New Year’s Eve Dance. That conjures up all kinds of happy memories of my teenage years. Also, Margie, at that point, is finally old enough to comprehend the depth of Richard’s feelings for her.

It seems that everyone wants to know how much of “Come Autumn” is autobiographical. Actually, the only thing that isn’t is the love story, itself. The family dynamic is very similar to that of my childhood. I simply took all of the events from my cousin’s life and created a story around them. Margie’s dad really is my dad, and the miraculous incidents I relate about him are genuine.

So there you have it. Let me know if you liked it. And check out the book; I loved editing it.