Here are some of the photos from my family visit. The first week was just us girls and we went to Baden-Baden and the Alsace region of France. It was a complete blast. We happened upon two very wonderful pensions to stay at, and had a lot of fun. We also took the girls to Frühlings Fest on the last day. Junk food galore, let me tell you. Then the guys showed up for another two weeks, I’ll post those photos later.

The Squeaker in Baden-Baden. 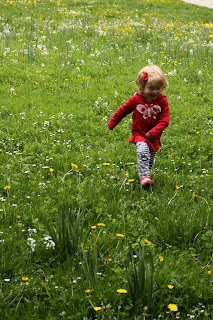 My mom said she visited ‘little people houses’ when she was a child. We searched and searched, and randomly found something like them. Though not the same according to her. With these you put a euro coin in a machine and the waterworks, train, and gondola all moved for about ten minutes. It was excellent. 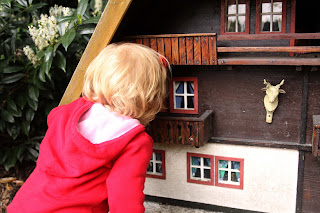 My mom and her friend Linda from college. We teased her relentlessly about the ‘little people houses’ for the next two weeks. It seemed like she was just describing a fantasy dream but hen we found these! 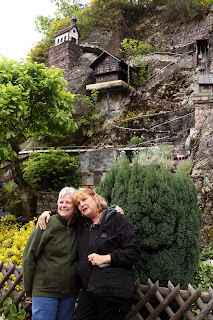 We visited an Abbey ruin. Yes, my mom laid down in the tomb/trough thing. Linda had the hardest time getting her out because I was just standing there laughing. 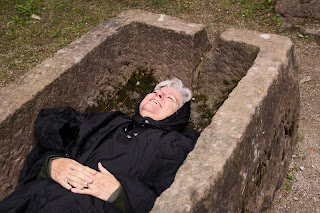 My mom and sister on the Frühlings Fest swing ride. Of course then Squeaker was begging to swing so we had to find her some rides. 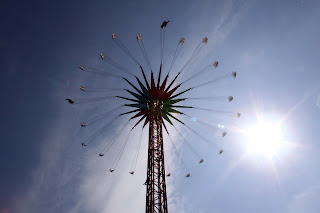 She rode the tiny Deutsche Bahn train with my sister. But her favorite was the pirate ship that moved in a big circle. She’s fearless. 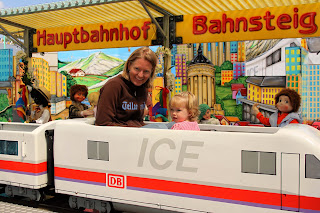 My mom wrote the sweetest blog post about staying with us. My sister is waiting to write her blog post until I send these pictures. I’ll post about the other two weeks later.